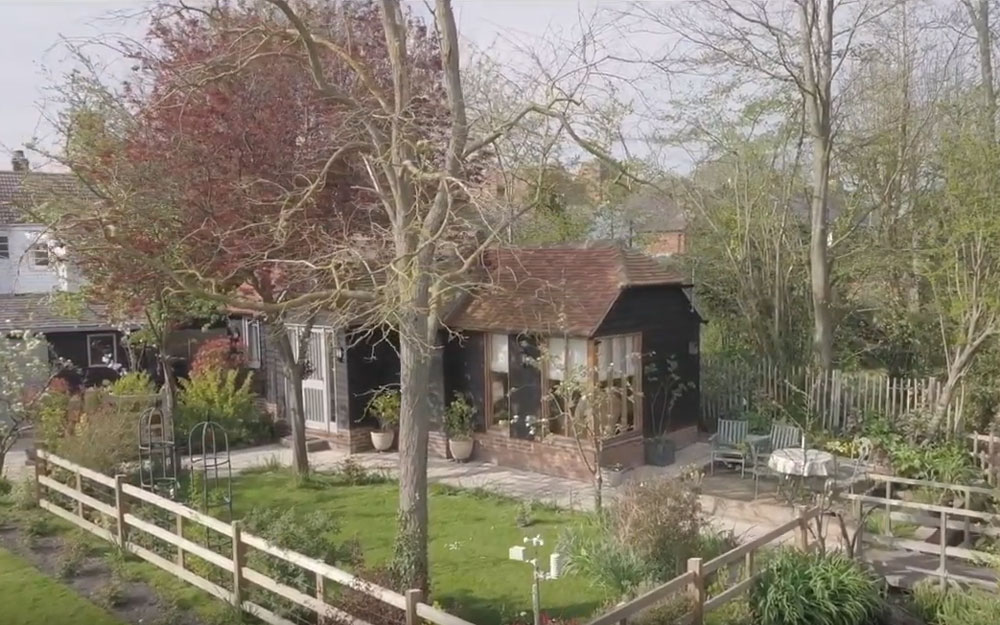 In June we were commissioned to produce a film combining aerial photography work and video for The Potting Shed B and B in the picturesque village of Wickhambreaux.

Apart from some intricate filming in a village this involved being especially considerate of neighbours’ privacy and ensuring that no farm animals or wild life were disturbed.

The film also needed to show that this was no ordinary B and B – it is not just one bedroom but is a 4-roomed detached annexe with its own private garden in a small village tucked away in East Kent. Its visitors include writers, those attending regular yoga retreats nearby and travellers from Europe.

We thought the film captured the peace and tranquility needed!